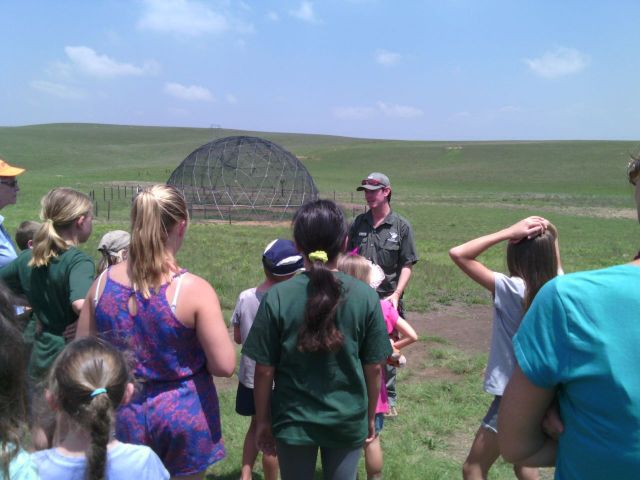 The Home School Nature Club visited the KwaZulu-Natal Crane Foundation’s (KZNCF) Usher Conservation Centre on the Bill Barnes Crane and Oribi Nature Reserve, Nottingham Road recently.  Ready and excited to learn about cranes and how cranes and water go together, the excited Water Explorers from our Home School Nature club were shown where the Crane chicks, especially injured Wattle Cranes are treated when injured or sick and the incubation / hatching room with the Nursery where the chicks are reared to the artificial wetland pens that has been built.

What did we learn?

We learnt about costume-rearing.  This is when human caretakers dressed in costumes and puppets mimics the behaviours of adult cranes, thereby teaching young cranes the skills they will need to survive in the wild, when the chicks are old enough, they are released into wild Wattled Crane flocks. We were so interested to view and see the crèche that is used for rearing and housing up to seven Wattled Crane chicks collected as abandoned eggs from the wild.   Crane chicks must be reared in strict isolation from humans to ensure they can be fully settled into the wild, this is why the costumes are used.  The human caretakers must avoid eye contact and not human talking is allowed, but only mimic bird sounds in communicating with the birds.  The costumed caretakers will exercise the chicks and teach them to forage during daily excursions to the natural grasslands and wetlands. Chicks will remain in the nursery until they are old enough to withstand the cold Natal Midlands temperatures.  Then they will be moved to the wetland pens where they will learn to roost in water to avoid predation. In the wild, Wattled Cranes roost (sleep) in water to avoid being attacked by predators at night. Costume-reared Wattled Crane chicks are taught to roost in water by placing them in a wetland pen in the evenings so they learn to seek the safety of water once they are released into the wild.
A small dam and wetland pen has been constructed and built on the Reserve.  We were shocked to discover that the effects of the recent draught in KZN, has influence the survival of the cranes very negatively!   The Grey Crowned Crane breeds in wetland areas. It makes its nest among wetland vegetation, but the low water levels have negatively influenced the cranes breeding patters, survival tactics and predation has also been a problem for these water birds, due to the recent draught!

Why must we conserve or look after Cranes?

Cranes are very important water birds for two of South Africa’s most important ecosystems, the wetlands and grasslands that make up our water catchment areas. All South African residents are dependent upon the careful management of these ecosystems just as South Africa’s cranes. These ecosystems provide food, clothing, biotic diversity, carbon storage, housing materials, water storage and purification, flood control and recreational and tourism opportunities. The cranes rely on these ecosystems and so do we!

Today, only 2% of South Africa’s grasslands are under formal protection and over 50% of the country’s wetlands have been lost through human activity such as mining, forestry, crop farming, overgrazing, draining, industrial development and urbanization. We were shocked and sad to hear that there are only 311 cranes left in South – Africa!  This is an absolute devastation and a critical concern fo us! So let us salute the Kwa-Zulu Natal Crane Foundation and the important and crucial work that they are doing to conserve cranes!  Let us stand together to create an awareness about cranes and the need to conserve these unique, beautiful and special water birds and the ecosystems upon which they and we humans so critically depend on! Our wetland birds are at risk of becoming extinct, especially the cranes!  So, let us create an awareness for cranes by Conserving cranes and water, one drop at at a time!